Disciple of the Witch 1- Kingdom Death

When I built my gang leader, I did it with aesthetic in mind. Her weapon loadout wasn’t created with any sort of point value calculated. With her done and my focus moving toward the rest of the gang, I needed to get that piece figured out so these were not only good looking but viable on the table. 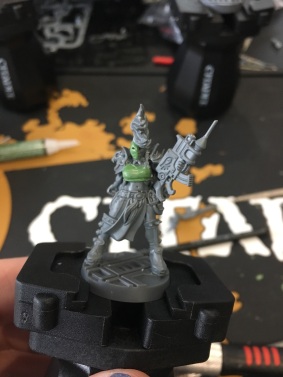 My champion was next in line for building. I gave her the combibolter that is normally seen on the gang leader, in stock builds, due to a lower cost. While the chem weapon option seems great, I opted to go cheaper and then outfit others with grenades to make up for the loss of template. The build was more straight forward, simply giving the coat and gun to her, while removing the whip. For some added difference, I covered over the chest to unify the plating and decided to give her a half mask. The idea popped that she uses it to cover the scar that she has. Also that if she has a scar like the leader, then it could be something ritualistic within the gang, perhaps a method of removing their penal  world identification tattoos. 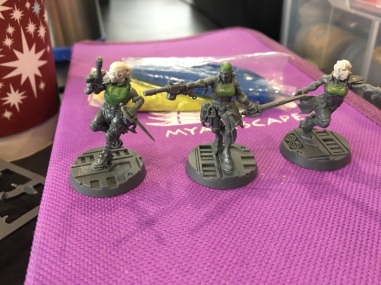 I decided to skip to my Juves next. My list called for three of them, so I did them all in a bit of a batch build.   These are supposed to be the fresh blood of the gang., so I imagined that they would be pulled from the population on Necromunda and not from the penal world; so no tattoos. Scarring would happen later, if they live long enough to seemembership. To make them seem newer, I used some heads from Victoria Miniatures again, as the hair isn’t as wild as the Escher. Like the champion, I used greenstuff to give more of a cloth look over the chest. 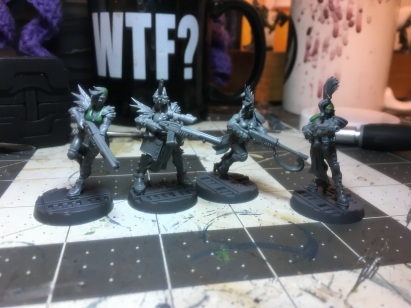 I hit a small wall when I started my gangers. The first two I decided to give some IG shoulderpads, keeping in theme with the looted armor that the leader had (the two on the right). otherwise the build was rather plain on them.

The farthest left used what I had learned while making the leader; using witch elf torsos. At this point I had covered over every models chest to make a “uniboob” torso. I decided to go the opposite, here. I have always been a fan of Tank Girl, so this was sort of inspired by her. I used greenstuff to fill out the bikini on her while trimming and smoothing out her head to give the shaven head look with just a couple bangs in the front left. The ganger next to her is when I started to add some humor to them. I found a space marine scope in my bits and thought it would be funny to put it on a shotgun. This eventually turned into making her a blind sniper, having double optic lenses to see, in addition to the scope. I stole a leg plate from the Goliath kit to add a little extra to her. 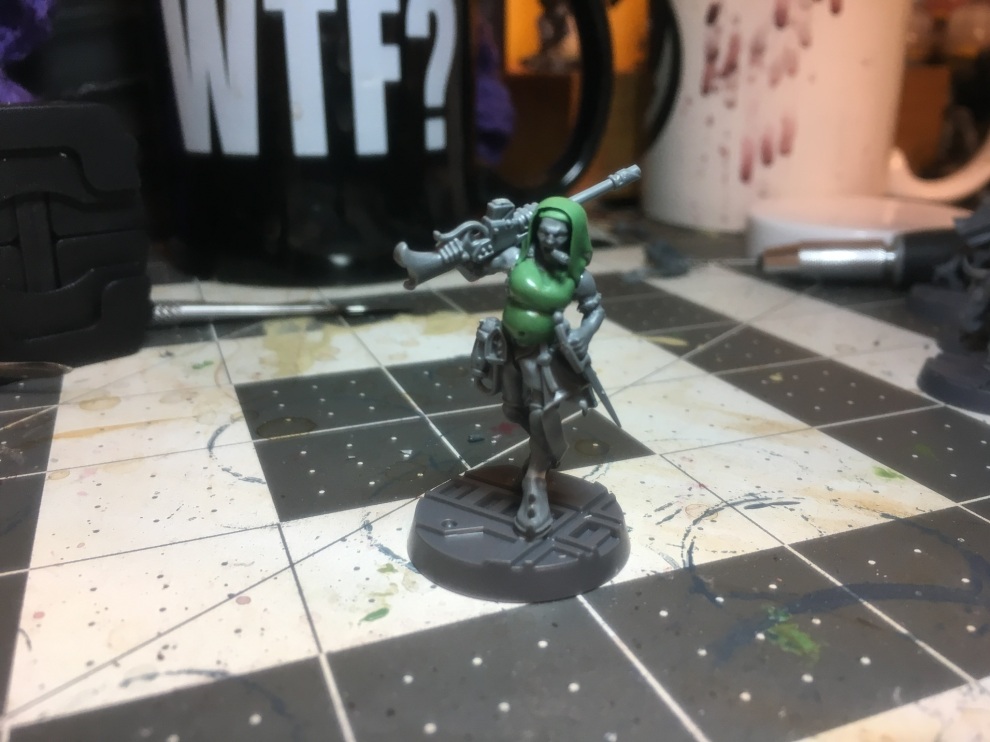 I made her on Monday’s stream. I had an idea to make a ganger with a gut, like Kiki Bulldozer from Raging Hero’s JailBirds. It was then suggested that she be made pregnant. I initially fought the idea but then, after finding it more humorous, decided to start sculpting it. I then remembered the cigars from the Goliath box and decided she needed to be smoking as well. The nun habit just seemed like natural progression, at that point, which was then added with greenstuff as well. It is a direct result of bad influences and feeding off from them. That being said, I love her and can’t wait to make her a focal point of the gang.

With her done, the gang build was complete. 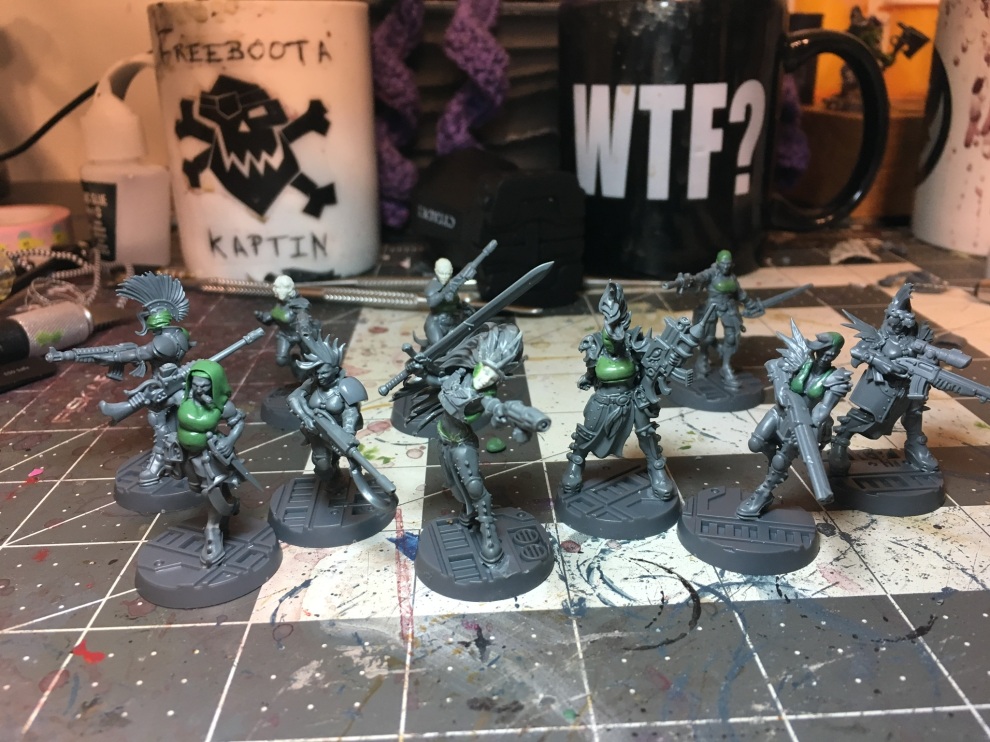 With assembly and sculpting finished, it was time to finish their story and put some paint  on them. Who gets painted first? That is part 3’s job to tell us.

Until then, thanks for reading 🙂